Love is the Journey 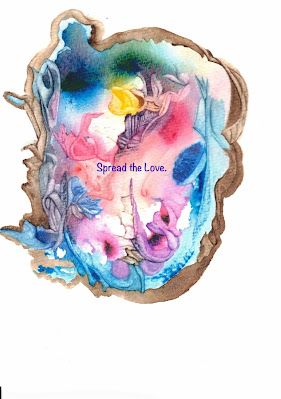 We arrive into this world and are immediately programmed with the belief that our value is determined by what we own.  This conditioning continues through life and we all know what it is we are supposed to have in order to live up to society’s expectations of success.  Life we are told is about acquisitions and we are subtly shown how to achieve this through both the old and new media.

There are so-called reality shows of all types and varieties.  Yet, they are an illusion and are really scripted lives played out as real.  Edited versions for the masses to lead you down a certain path in your dance through life.   Usually it is a misdirected path.  Through the use of social media, we are directed to a mob rule mentality.  Flippant decisions made without thought and usually filled with negative emotions.  Follow the trend we are told that is where the happiness can be found.  Throughout it all we are shown images of success associated with how much you have acquired in life.  The name of the game in this world is basically, ‘what and how much do you own’?

Read more »
Posted by beverly blanchard at 8:09 AM No comments:

Email ThisBlogThis!Share to TwitterShare to FacebookShare to Pinterest
Labels: being present, being vs having, inner being, inner power, love, spread the love, using your imagination 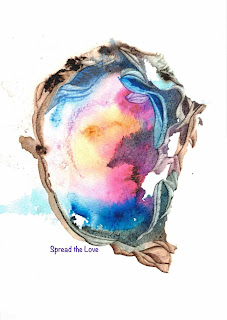 We are in interesting times which usually means turbulent times.  Life as we knew it has been turned upside.  This has led many of those living in the now, to think that they must take a side.  It’s a situation of us against them, light against dark, evil against good, the awakened against the sleepwalkers…the list goes on.  There are light warriors and dark warriors.  There are meaningless phrases, slogans and chants.  Each side believes they are righteous in their cause and each side uses devious means.  All however, are caught in the web of duality.  The world of for or against and according to the laws of this dimension that which I am against; I am for.

Now let me clarify myself before someone gets triggered.  I am not saying stick your head in the sand and pretend the world is not upside down.   Anyone with a little common sense can notice that this movie playing out on Planet Earth has taken a turn for the worse.  It appears the lunatics are running the asylum.  Although you have to hand it to the puppet masters, no one expected them to put such cunning twists in the script.  I mean this movie has everything.  Trickery, lies, money laundering, managed trauma, managed poverty, guilt, human trafficking, slavery, misinformation, devious behaviours, fancy slogans and campaigns, and once in a while a little twisted romance.  The only thing they are really missing is a subplot dealing with helpful aliens.

The movie being played out on the world screen, took us all by surprise and left us on the edge of our seat wondering when the next shoe will drop.  It continually takes us to the edge of the cliff of fear and leaves us dangling.  We are at the mercy of outside forces and have no power.  We are going to die.  The thing that most people forget is this movie has been playing out since the beginning of time.  In this dimension, there is only repetition.  The movie is on a continual loop – different scenarios, same intent to lower your vibrational state of being and leave you in fear.  Once in fear, you cannot operate in love.

At points, it is exhausting watching the show.  It defies logic and just when you think you understand the underlying story, BAM they throw in a new plot. Now there are a lot of different techniques they use in this movie.  Used throughout the centuries, the Hegelian dialectic has been used to take control of your mind by way of the movie.  The puppet masters will create a problem, the people will react and then they will offer a solution of dubious means.

Now the reaction component of this script is where the puppet masters take their great delight.  The sole intent of their devious problem is to divide the population as they move them to their desired solution.  One of their finest techniques in dividing the population is the use of synecdoche.  They amplify one aspect of the movie and direct your energy to that portion of the movie to trap your emotions.  Through your focus, the problem becomes amplified and when one is in a crowd they participate in behaviours which may not be of love.

This b-rated horror flick is designed to sink you into the frequency of fear and take you away from the power within.  In essence, the intent of the whole movie is to become the regulator of your mind and ultimately your emotions.  Through this movie, you have given away your power to outside forces and in reality, there is no power out there.  All change must come from within and it must begin with you.  Don’t allow yourself to get caught in the movie.  Don’t let the movie fill you with doubt that you miss the messages from within.

Love cannot be divided.  Love does not play sides.  Love moves through the world untarnished by the violence.  As this movie plays out, one has to accept that in this physical existence on Planet Earth, you have been thrust into the dimension of duality.  Your birth was actually the start of your death and slowly you forgot who you really are.  In this world of duality, you have been taught that there are only two choices.  There is life and death, hot and cold, rich and poor, good and evil…and each plays out on a horizontal line we know as time.

On this imaginary timeline, we never realize that our inner being is not confined to the horizontal.  Our inner being operates on the vertical which knows no time.  It is a state of being that operates in neither the ‘for or against’ dichotomy.   It operates on the path of love and all it takes for you to get on that path is a change in perspective or ownership of your mind.

Many will turn off at this point and think that I am saying paste a smile on your face or mask and pretend everything is marvellous.  No to do that gives away your power which comes from taking ownership of your emotions and learning how to stop yourself from operating on the extremities of polarity.  It also means that you are splitting the mind and moving away from your true purpose on this Planet Earth.  You cannot allow your emotions to be controlled by the movie.

You have to change your perspective on things and to do that involves a movement of mind.  Perhaps look at the humour in it and don’t become emotionally involved in the play.  It is all a big cosmic joke on many levels but do watch what is going on.  Do not allow yourself to be bamboozled or hoodwinked.  Bill Hicks used to say in one of his comedy routines, ‘…and then someone comes back and tells you, it’s just a ride and you go up and down and around but it’s all just a ride’.  This is an experience and how you respond is totally up to you.  You can see the whole thing as one mad house or you can bring things down to the micro level and just be amazed at how the sun shines.

Stand for your truth.  Do not try to change the outside world.  The emotional energy expended will knock you off balance and will require you to spend more time taking back your mind and emotions.  In this world of duality, walk the path of love.

Have a happy day. Spread the Love.